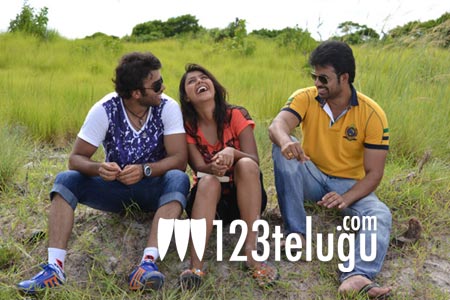 Vennela Kishore is all set to make his directorial debut with a film titled Vennela 1.5. The film is touted to be a laugh riot and begins right from where Kadhar’s track ends in Deva Katta’s Vennela. Kadhar and his friend go to Bangkok to continue their studies where they end up meeting two people and sources say that it’s going to be complete entertainer. Brahmanandam’s comedy track and also Tagubothu Ramesh’s track are said to be the film’s major highlights. The film’s audio is going to be launched on February 5 at Ravee Narayana Reddy Function hall, Filmnagar, Hyderabad. Chaitanya Krishna and Monal Gajjar have played lead roles in this film and Sunil Kashyap has composed the music. Kishore is also playing a full length role in the movie apart from direction.The film is being produced by Vasu and Varma on GR8 Productions.