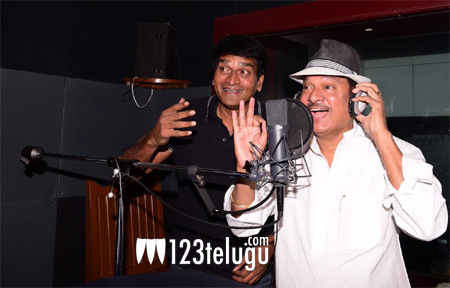 Ravi Babu is ready with his latest film Adhugo which is set for a Diwali release. There is a decent excitement for this film which has a piglet as the main protagonist.

The latest we hear is that veteran actor Rajendra Prasad has given voiceover for the piglet in the film. Suresh Productions and Ravi Babu jointly produce this film which has been in the making for over three years now.

Ravi Babu himself plays a key role in the film which has a special song by Shama Khasim.