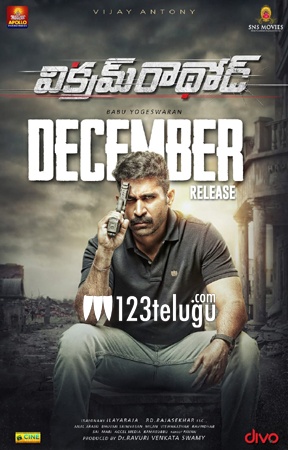 Multi-talented actor, Vijay Antony, who impressed Telugu audiences with many good films, is now coming again to entertain with a new movie.

Titled Vikram Rathod, the movie is a dubbed version of his upcoming Tamil movie, Thamilarasan.

The makers have released a title poster of the Telugu version today.

Directed by Babu Yogeswaran, the film is produced by Kowsalya Rani in Tamil and Ravuri Venkata Swamy in Telugu as well.

Maestro Ilaiyaraaja is the composer of this film.

According to the sources, both versions will hit screens on December 31, 2021.