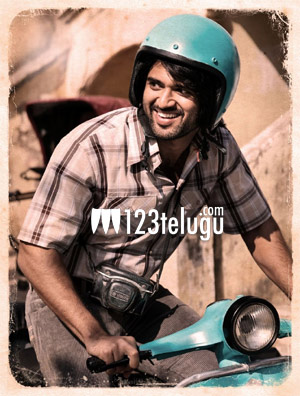 Mahanati is one of the most ambitious projects in the recent times. Some of the top stars in the industry are playing key roles in the film. After revealing Samantha’s look in the film, the makers have released Vijay Devarakonda’s look from the film.

He will be playing the character of Vijay Anthony in the film who is a press photographer. The star hero will be seen in a cameo in this film which is directed by Nag Ashwin.

Vyjayanthi Movies is the production house and Keerthy Suresh will reprise the role of Savitri. For now, the first look posters have surely created a good buzz for the film.