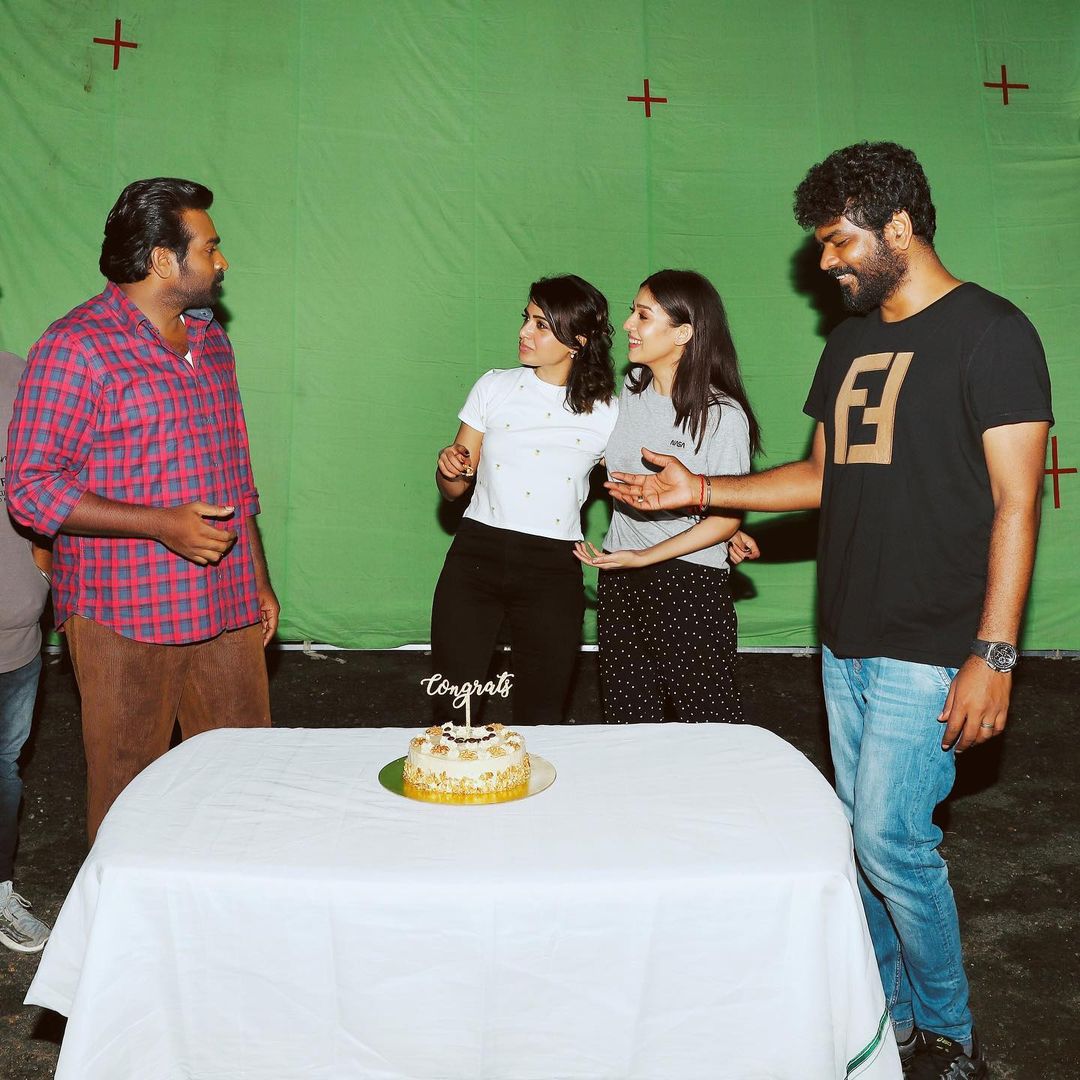 Popular South stars Vijay Sethupathi, Nayanthara and Samantha will be seen sharing screen space with each other in Kollywood director and Nayan’s beau Vignesh Shivan’s directorial, Kaathu Vaakula Rendu Kaadhal. The film’s shooting is currently underway in Pondicherry, and the entire shoot will be wrapped up by August end.

Meanwhile, Vijay Sethupathi, Nayan and Sam are setting major friendship goals with their camaraderie on and off the film’s sets. Earlier today, Sam took to Instagram and shared a few pictures of Sethupathi and Nayan celebrating Sam’s recent Best Actress win at IFFM 2021.

Also, a few months ago, Vijay Sethupathi and Sam are all praise for each other and Nayan. Needless to say, the friendly bond between them has take the positive buzz around their film to the next level