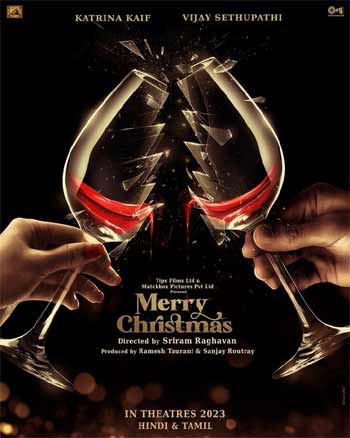 Makkal Selvan Vijay Sethupathi and gorgeous Bollywood beauty Katrina Kaif together are acting in a film named Merry Christmas. The film was supposed to hit the screens this Christmas season but was postponed due to a few reasons.

Today the makers revealed through a poster that the film will hit the screens in 2023 in Hindi and Tamil languages. Once there were many speculations that the film was opting for a direct OTT release which the makers later turned down. The exact release date will be informed by the team very soon.

Sriram Raghavan, who directed the famous Andhadhun, is helming this project. Merry Christmas is produced together by Ramesh Taurani and Sanjay Routray and is said to be a festive thriller. Vijay Sethupathi, who is not in great form recently, needs this film to click at the box office.