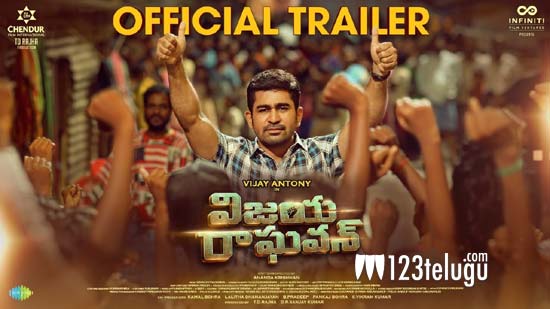 It is a known fact that Vijay Anthony is doing a film called Vijay Raghavan. The shoot has been complete and today, the makers have released the trailer in a big way.

The film is a political drama where Vijay Anthony plays a school teacher who enters politics. All this is showcased in the best way possible in the trailer.

The goos, set up and Vijay Anthony’s powerful dialogues on the politicians work well. The film is directed and produced by Ananda Krishnan and he has triggered a good subject as per the trailer.

The film has music by Nivas and Vijay Antony, Aathmika, Ramachandra Raju and Prabhakar play key roles. The film will be out on the big screens soon.