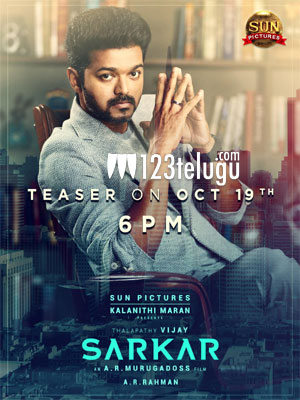 Thalapathy Vijay has teamed up with AR Murugadoss, the director of his blockbusters Thuppaki and Kaththi, and the result is an intense political drama, titled Sarkar. The film is releasing on November 6, as a Diwali special treat. Expectations among fans are humongous on this high budget entertainer.

In a latest interview, Murugadoss revealed that Vijay had performed a 3 minute non-stop monologue in a single take. Murugadoss said that Vijay’s performance in this pre-climax scene will be a major highlight of Sarkar. This statement reminisces of Kaththi, where Vijay’s speech in the film’s climax is still a superhit among his fans.

Keerthy Suresh is the leading lady in Sarkar. Sun Pictures is the producer and AR Rahman is the music composer.