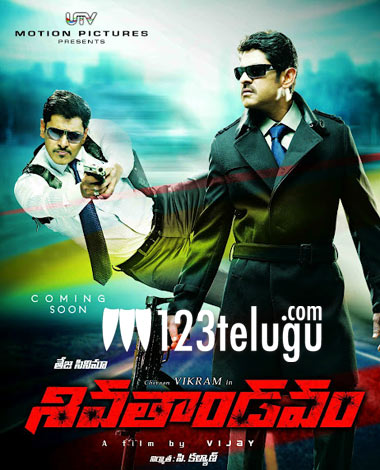 Tamil star Vikram and Telugu Star Jagapathi Babu will be seen in the movie ‘Shiva Thandavam’ and the movie was supposed to release this Friday. However, the film has been postponed to October 4th. The heroine in the movie is Anushka and A.L Vijay is the director.

Jagapathi Babu is playing the role of a police officer with negative shades and additional glamour is provided by the likes of Amy Jackson and Lakshmi Rai. GV Prakash has composed the music and C.Kalyan is the producer of the Telugu version.

Vikram is going to be seen in two very different roles in the movie – as a secret agent and a blind man.