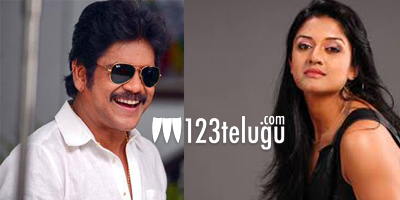 Veteran director K Raghavendra Rao is currently busy with the preproduction of his soon to be launched devotional film based on the life of Lord Vishnu devotee Hathiram Baba. While Nag is grooming himself for his role, the senior director is scouting for the perfect cast, before the film could go on floors.

Already, there were reports that Anushka and Pragya Jaiswal were in talks for the film. According to the latest buzz, popular Malayali actress Vimala Raman has been in discussions with the film’s team for a crucial role. Incidentally, Vimala Raman earlier shared screen space with Nag for a jewellery commercial.