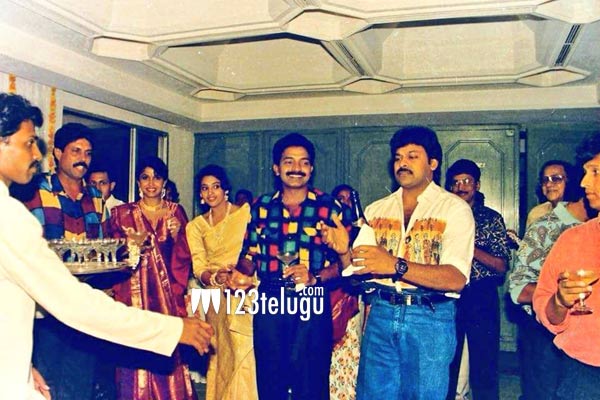 Rajasekhar and megastar Chiranjeevi have had their own problems in recent years regarding their films and political issues.

But during the ’90s, they were good friends and shared each others’ success a lot. One such picture of them has gone viral now.

Seen here in the above picture is Chiranjeevi partying with Rajasekhar and his team of Allari Priyudu. Also seen are Kapil Dev, Ramya Krishna, and Meena in the frame. This snap was taken during the success bash of Allari Priyudu which was hosted by director Raghavendra Rao.