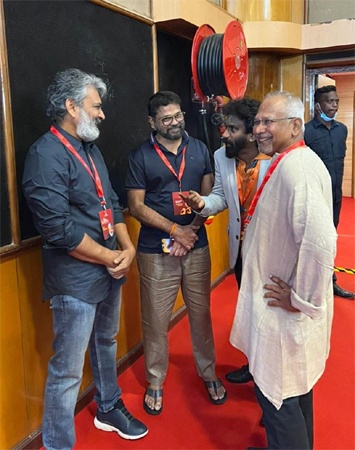 Indian films are making global news these days thanks to the likes of Rajamouli and Sukumar. Both these directors have made Telugu cinema proud with films like Pushpa and RRR.

But the man who put Tamil cinema on the map was definitely Mani Ratnam with films like Roja and Bombay. Well these three can be seen in one frame in the snap shown above.

Rajamouli, Mani Ratnam and Sukumar are seen interacting at an event in Chennai yesterday. This picture with too much talent to handle has gone viral on social media.