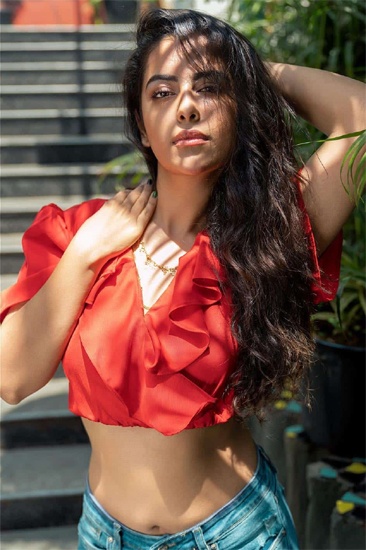 Avika Gor was once a child star and became quite famous. She also did a few hit films in Telugu but off late, she has taken a back step and has become choosy.

But now, Avika says she is game for Telugu cinema and is busy signing projects. If this was not enough, her new look in a lean avatar has gone viral.

Seen here in the picture is Avika dressed in an orange shirt and looks super stunning. Well, these pictures have now gone viral and have brought Avika good fame. We need to see if this new look changes her fortune or not.