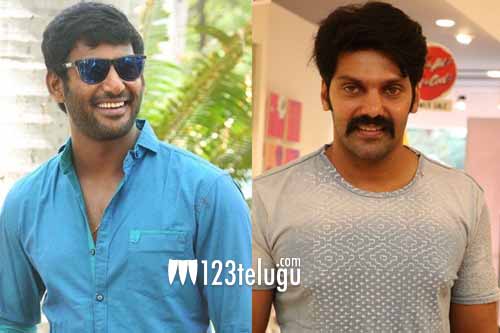 It is a known fact that Tamil Star heroes Vishal and Aarya are acting in a film called Enemy. The news is that the film has wrapped up its shoot as of now.

Both the actors acted together in Bala Directorial ‘Vaadu – Veedu’ 10 years ago which became a big success at the box-office. This movie marks the 30th film for Vishal and 32nd for Aarya.

Anand Shanker is Directing this film in Vinod Kumar’s Production under the Mini Studios banner. Versatile Actor Prakash Raj is playing a pivotal role in this film. Gaddalakonda Ganesh fame Mirunalini Ravi is playing a heroine in this film.