In view of the ongoing protests against the casting couch system in Tollywood, actor Vishnu Manchu penned a letter to the Movie Artiste’s Association (MAA). Using a stern language in his letter, Vishnu demanded a complete overhaul of MAA and setting up of new guidelines and a grievance cell to complaint any indecent incidents in the future.

Vishnu condemned MAA’s knee-jerk reaction to actress Sri Reddy’s protest by banning all the 900 members of the association from acting with Sri Reddy. “Are my respected father, my brother, my sister and me included in those 900 members?,” Vishnu shot a direct question. Vishnu pointed that MAA’s recent actions have embarrassed the association in front of the national and international media. 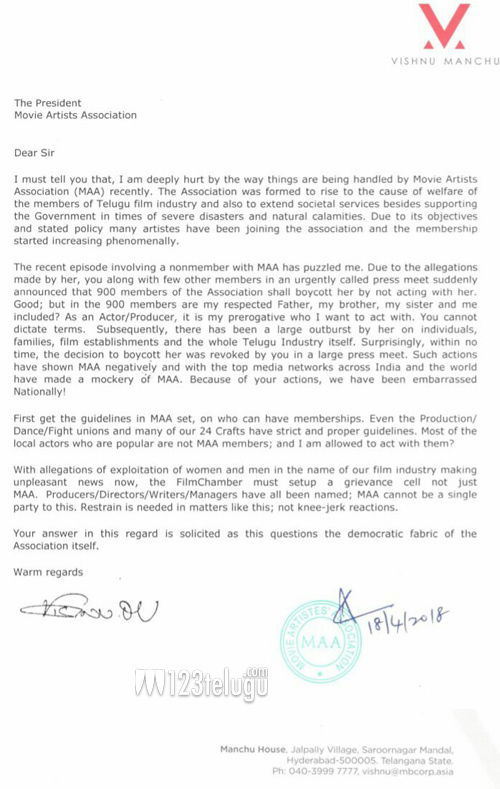