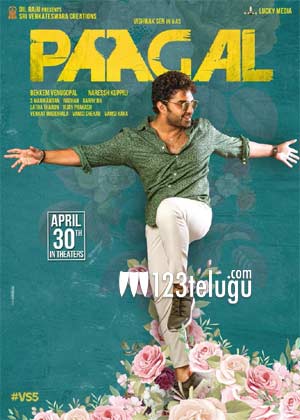 Vishwak Sen’s latest outing Paagal is gearing up for its OTT release. As we had reported much earlier, Amazon Prime Video had bagged the OTT rights of the youthful love drama.

The latest we hear is that Paagal will be made available for streaming on Amazon Prime Video from the 3rd of September.

An official announcement on the same will be made by Amazon Prime very soon.

Paagal stars Vishwak Sen and Nivetha Pethuraj in the lead roles. The love drama is helmed by Naressh Kuppili. The film released in theaters on the 14th of August.