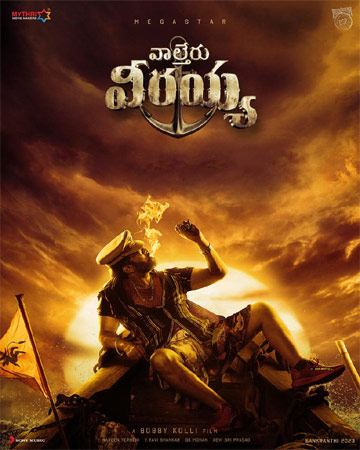 Waltair Veerayya is a film that everyone is waiting for eagerly. The film has megastar Chiranjeevi playing a mass role after a very long time. Ravi Teja plays a special role.

The first song, Boss Party has become a decent hit and now the fans want more updates from the film. They want the makers to announce the release date as soon as possible.

Already, the makers of Veera Simha Reddy have announced 12th January as their release date and what have Chiru and his team planned is the biggest question as of now. Bobby directs Waltair Veerayya