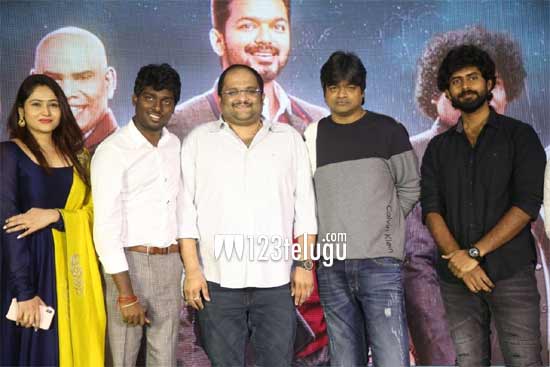 Director Atlee is the talk of the town as his new film Whistle is all set for a release on the 12th of this month in a grand manner.

The team was in Hyderabad today and speaking at the event, Atlee said that he owes everything to Vijay as he was the one who has always encouraged him throughout his career.

Atlee also said that the film is not only about football but will also showcase the upliftment of women in general. He also added that he is very happy that his film is getting a wide release this Friday in Telugu.