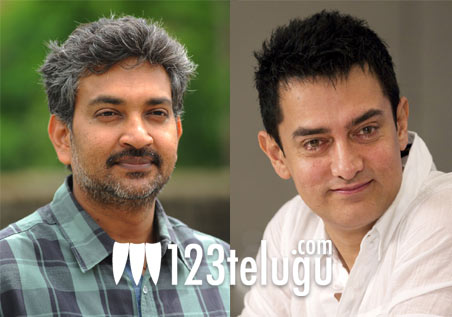 Creative genius and mega director S S Rajamouli, is truly an inspiration to many in Tollywood. But have you ever wondered whom Rajamouli follows and gets inspired from? He is none other than the perfectionist Aamir Khan himself. Recently when Rajamouli was asked about the people he derives inspiration from, he was quick to answer “I love the way Aamir Khan does his films. He is a true genius, and I get so inspired by his body of work. There is so much to learn form him and I would love direct him one day”

Rajamouli’s Eega, which was dubbed in Hindi created a lot of buzz in Bollywood. He is currently busy in the pre-production works of his upcoming film with Prabhas.