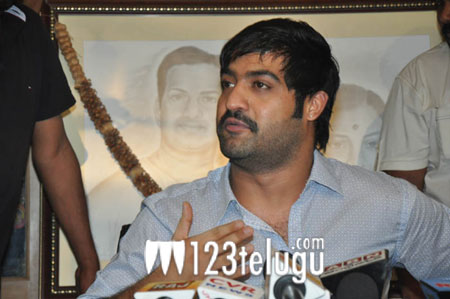 Young Tiger NTR has called a special press meet today in the wake of extraordinary political developments in the state. NTR’s close aide and well wisher, Kodali Nani, was suspended from the TDP today after meeting Y.S.Jagan and Vijayamma. After this development, political analysts are more or less certain that Nani will be switching over to the Y.S.R. Congress Party from the TDP.

Some rumours have been spreading that NTR is behind this move from Nani, as both of them are very close to each other. However, NTR cateogrically denied this at the meet. “I strongly object to these rumours. I have no role in the decision taken by Nani. He was a close aide of mine, but his actions are against the TDP and if he does go to YSRCP, I have nothing to do with it. I will be in the TDP and I will work for the party founded by my grandfather for as long as I live” said NTR emphatically.