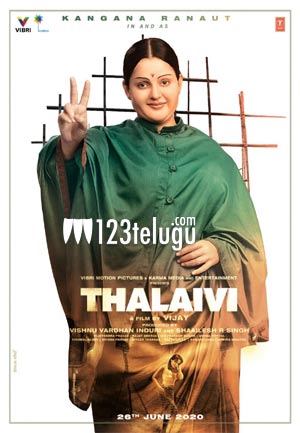 Thalaivi is a film that was appreciated by one and all. But the collections were quite disappointing. But this has not stopped the makers from working on the sequel.

The news from the film circles is that the makers are working in full swing on the sequel and this time, the journey of Jayalalithaa will continue and showcase what happened until she passed away.

The script work is on and noted writer, Vijayendra Prasad is working out things in detail for the second part. Will Kangana be part of the sequel or not needs to be seen. An official confirmation on this project is yet to be out.