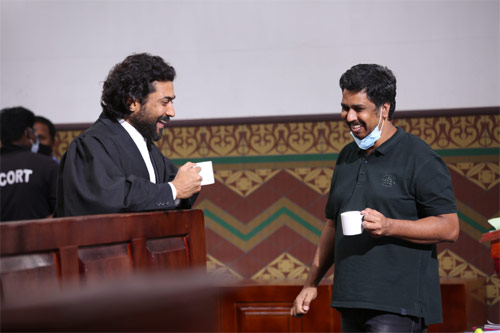 Kollywood star Suriya’s recently released courtroom drama, Jai Bhim, has been mired in controversy after the Vanniyar Sangam and Pattali Makkal Katchi (PMK) political outfit alleged that the film portrays the Vanniyar community in negative light. Vanniyar Sangam went on to demand an immediate removal of all the objectionable scenes and also demanded Rs 5 crore including an unconditional apology from Jai Bhim’s team.

Yesterday, Jai Bhim’s director TJ Gnanavel took to Twitter and apologized to all those people who are hurt by the film. Expressing regret, Gnanavel also said that the film doesn’t defame any particular community intentionally. Gnanavel revealed that no one who watched Jai Bhim before the OTT release noticed the calendar with Agni Kundam, which is the logo of the Vanniyar community. “If we had noticed, we would have removed it before the film’s release,” Gnanavel said in his statement.

Gnanavel also opined that it is unfair for people to drag and blame hero Suriya and that as a director, he will take full responsibility for the controversy. The director also revealed that Jai Bhim’s team has started to remove the Agni Kundam logo and the calendar in the film.