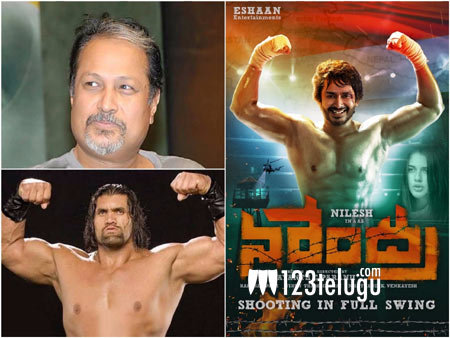 It’s been reported earlier that popular director Jayanth C Paranji is currently directing an intense Indo-Pak drama, titled Narendra. The film’s shooting is nearing completion. And here’s an exciting update on this project.

WWE star ‘The Great Khali’ is all set to make his debut in the Telugu film industry with Narendra. The seven foot tall celebrated wrestler has been roped in for an important role by Jayanth C Paranji. In the past, Khali had acted in Hollywood films and American television shows and also appeared in the popular Hindi reality show Bigg Boss season 4.

Narendra is a sports drama with a boxing backdrop. Debutants Nilesh Eti and Izabelle Leiti are the film’s main leads.