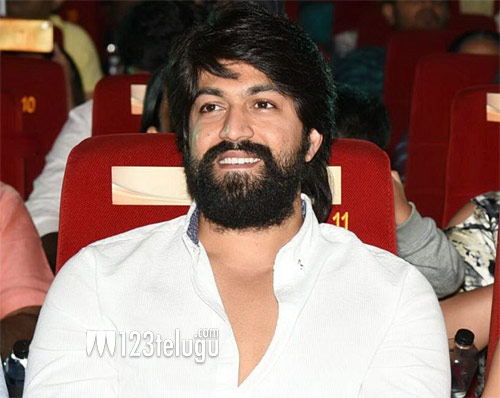 KGF star Yash has urged Karnataka CM BS Yediyurappa to build a film city in Bangalore to help the Kannada film industry grow even more. The actor made this statement in front of a packed stadium at the launch of an International film festival in the city.

Before Yash got on to the stage, Yediyurappa had remarked that Kannada cinema had its glorious days in the ’70s when many eminent filmmakers saw Kannada cinema as the future of Indian film industry, and he added that he longed to see it come true. Later, Yash, who was a guest of honor at the event, said, “The production of films has grown enormously in recent years in Karnataka. Yet, we are forced to go to other cities to shoot our films. There has been a demand to build a film city in Bangalore for decades. I urge the Karnataka CM to build it in the city and also set up a world class film institute and we will assure you that the golden age of Kannada cinema will be back.”

Meanwhile, all eyes are on KGF 2 which is slated for release later this year. Directed by Prashanth Neel, the film also stars Raveen Tandon, Sanjay Dutt, and Srinidhi Shetty.