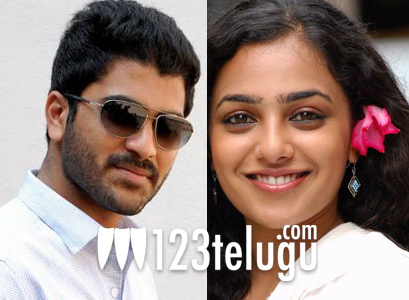 Sharwanand -Nithya Menon starrer ‘Yemito ee maya’ will go on floors from the 16th of December. National Award winning cTamil director Cheran will be making his debut in Tollywood with this romantic entertainer. Telugu audience is familiar with Cheran’s work. He had written story and screenplay for Ravi Teja’s Naa autograph sweet memories.

YEM will be a bilingual and will be made in Tamil and Telugu simultaneously. G V Prakash will score the music while Nallamalupu Srinivas (Bujji) will produce this film. Sharwanand is known to be choosy about his scripts while Nithya Menon is also bettering her performance with every single film. Add Cheran’s creative touch to this and the combination surely looks promising.