Yet Another Miss India Contestant To Debut In Telugu
Published on Jan 9, 2018 10:38 pm IST 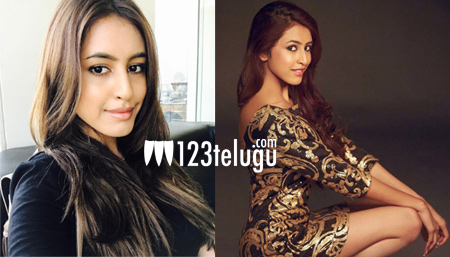 After the likes of Rakul Preet, Aditi Arya and several others, yet another miss India contestant is all set to make her debut in Telugu. Sophiya Singh, 22-year-old model turned actres, who won the Miss Eco International 2015 beauty pageant has been signed up for an upcoming thrilled titled Sketch.

Ravi Chavali is directing this film, and Sophiya says that she’ll be seen as a foreigner, who’s a social activist. “The film is a thriller based on the investigation of a murder mystery. It is basically a fight between intelligent criminals and a sincere cop,” Sophiya said in a recent interview.

That’s not all. Apparently, the actress is in talks for five other films and few more in Hindi. More details about her projects are awaited.