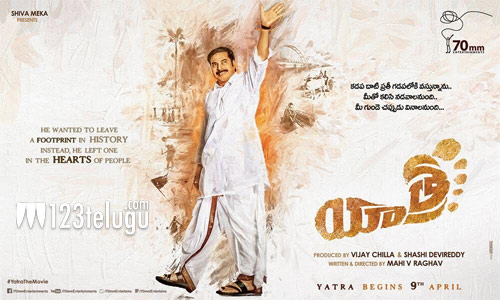 Yatra, the much-awaited biopic on former AP CM YS Rajasekhara Reddy, is one of the most eagerly awaited movies of this season. The film is slated to hit theaters on December 21 amid high expectations.

The latest reports reveal that Yatra’s shooting formalities have been wrapped up except for a couple of days of patchwork. Yatra will be a tribute to YSR’s iconic Padayatra and his popularity among millions of his followers.