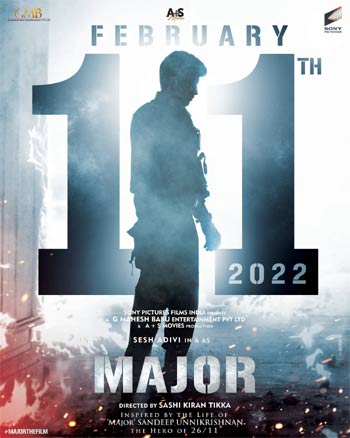 Versatile actor Adivi Sesh’s magnum opus Major which had completed its entire shooting part is presently in post production works. The makers recently announced to release the movie on February 11, 2022.

Meanwhile, Zee Music Co. has acquired worldwide music rights of the movie for all the languages for a massive price which is highest so far for Sesh. Sricharan Pakala has scored music for the film.

Based on the life of martyr Major Sandeep Unnikrishnan, Major celebrates the heroics of the army officer’s life, not only depicting his death at the 26/11 Mumbai attacks but also tracing his journey and embracing the spirit with which he lived.