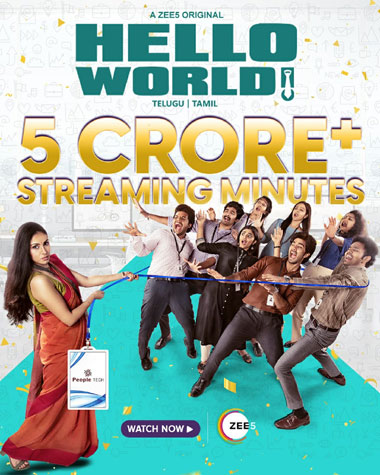 Hello World is the latest web series released on the leading OTT platform ZEE5. Written and directed by Sivasai Vardhan, the office drama was released last Friday and impressed viewers.

The hit series has clocked 5 crores streaming minutes. The makers have officially announced the same on their social profiles.