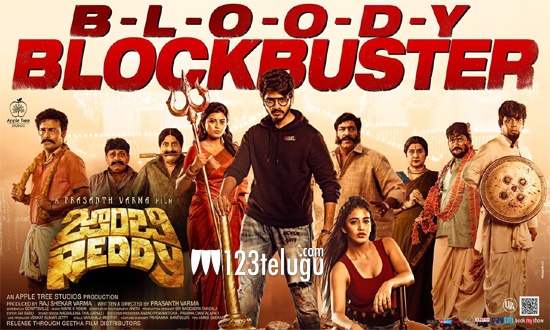 Zombie Reddy, starring Teja Sajja, Anandhi and Daksha Nagarkar in lead roles, released yesterday (Feb 5) and received a mixed response from movie lovers. This Prasanth Varma directorial has had a decent outing at the box-office across the twin Telugu states.

According to the latest update from Zombie Reddy’s PR team, the film collected a decent gross of Rs 2.25 crore worldwide on its opening day. Engaging comedy scenes and the novelty factor thanks to the zombie element have worked out in the film’s favour and family audiences may evince interest in watching it over the weekend.

Child artiste turned hero Teja has been getting a positive response for his performance.