Zombie Reddy’s short and crisp runtime to be an advantage
Published on Feb 4, 2021 1:29 pm IST 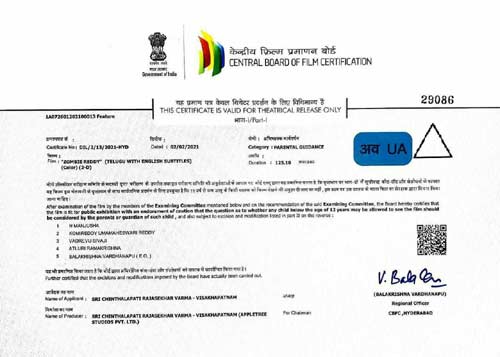 Zombie Reddy, the first zombie thriller to be ever made in Tollywood, is all set for its release tomorrow (Feb 5). Child artiste Teja Sajja is making his debut as a hero with this thriller and young beauties Anandhi and Daksha Nagarkar are the heroines in this Prasanth Varma directorial.

Zombie Reddy has been censored by the CBFC with a UA certificate. The film has a run-time of 125 minutes. With a short and crisp run-time of just over 2 hours, Zombie Reddy is sure to entertain audiences with a never before seen experience on the big screen. The makers are banking on the unlimited comedy to attract family audiences to theaters.

Raj Shekar Varma has produced the film and Mark K Robin has composed the music for Zombie Reddy.