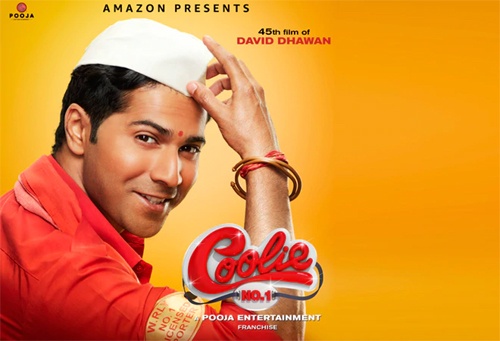 So, continuing the series of reviewing movies and shows on OTT, our today’s pick is Varun Dhawan’s Coolie No 1 which is now out on Amazon Prime. Let’s now see how it is.

Raj(Varun Dhawan) is a coolie who falls in love with Sara(Sara Ali). On the other hand, Sara’s dad(Paresh Rawal) wants her to marry a millionaire. So, Raj acts as a billionaire and tries to impress him. But somehow, Sara’s dad comes to know that Raj is a porter. The rest of the story is as to how Raj managed to marry Sara in the end.

As we all know that this film is the remake of Govinda’s Coolie No 1 and Dawid Dhawan has not changed the story one bit and has showcased his son in a superb manner. Varun Dhawan had a big role to play as he was reprising none other than Gvovinda’s part. But the young hero does well and effortlessly gets into the role of a mass hero. Varun’s dialogues, dances, and comedy timing are top-notch.

Sara does not have much to do but looks good in her first full-on commercial film. But it is the senior comedians, Paresh Rawal, Javed Jaffrey, Johny Lever, and Rajpal Yadav are the ones who stay afloat in this madcap film. Dances, songs, and production values are good. The confrontation scenes between Govinda and Paresh Rawal are pretty good.

One of the biggest drawbacks of the film is that Paresh Rawal does not try one bit to change the story to today’s setting. Everything is stuck in the ’90s only and the film in many areas looks loud and over the top. The screenplay goes for the toss as many situations and logics look weird. The original had solid emotions and was viable for that time period. But Dawid spoils the remake with his jaded narration.

There is no logic in comedy films but in this case, things are on to another level. Paresh Rawal is made to look so silly that it is surprising as to how he agreed to do this film. Upon this, the confusion comedy does not work because of the over the top scenarios. The film was supposed to be a big-screen release but on OTT it will be panned down big time.

On the whole, Coolie No 1 is a boring and over the top remake that falters in many areas. The narration, logic, and situations are the biggest drawbacks in this film which can only be only given a shot for the honest performances of the lead cast.