Exclusive Interview: Allari Naresh- I am in huge pressure to deliver all the time
Published on Sep 13, 2014 12:51 pm IST 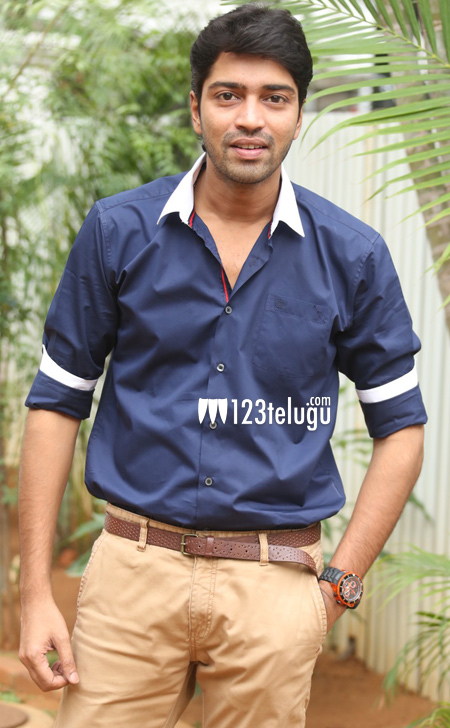 If there has been any hero in Tollywod who has had unanimous fan following, it is none other than Allari Naresh. This king of comedy, has done close to 50 films till date and has also turned producer off late. We caught up with Naresh for an exclusive interview, where he spoke at length about his future projects and marriage. Here is the transcript.

We have already wrapped up Brother of Bommali, which will release next month. Coming to my home production Bandipotu, the shoot is currently on, and I am very happy working with a talented director like Mohana krishna Indraganti.

Now a days, every hero is interested in doing films with more comedy. Don’t you think they are entering into your zone ?

Every hero is good at doing something or the other. I feel that it is actually not their fault, as the audience have so many problems and do not want to see them again on screen. Since comedy has become the need of the hour, everyone wants to do it and I am the one who promotes it completely.

You have done almost 50 films in a very short span. How do you feel ?

I am very happy and at the same time feel very responsible too. The expectations of the audience has increased by leaps and bounds on my films, and I am in a lot of pressure to deliver all the time.

Do you have any special plans for your 50th film ?

I have not though of so far, but would definitely like to do a hilarious entertainer on the lines of Sudigadu.

What are your upcoming projects ?

Once I am done with Bandipotu and Brother of Bommali, I have committed projects with Bheemineni Srinivas, G Nageswara Reddy and Srinivasa Reddy. Once the stories are ready, all these films will go on floors next year.

Which of your dad’s films do you want to remake ?

Where ever I go, fans have always asked me to remake Jambalakidi Pamba or Aa Okkti Adakku. But I always feel that we should never touch classics like those. In fact, I would rather be interested to remake some of Rajendra Prasad’s yesteryear films, and set them in today’s sensibilities.

What kind of social work the trust that you have started in your dad’s name will undertake ?

The trust is just in its initial stages. From now on, a small amount of our family’s earnings will go into the trust. We will undertake social activities like giving education and heath facilities to all those who are in need.

With Bandipotu you have also turned producer. How are you managing both these tasks ?

I have gained a lot of experience, while working on my home productions with my dad. One needs to have good planning and execution to make films. Now with my brother also helping me out with production, I am finding it quite easy and comfortable.

You have worked with the likes of Bapu and Vishwanath very early in your career. How does it feel ?

Probably, I am the only actor in this younger generation who has worked with such reputed and successful directors. Every one has their own style of film making, and I have learnt something or the other from them.

Do you have any dream role and director that you want to work with ?

I would love to do a film like Pushpaka Vimanam where there are no dialogues and we need show our acting capabilities with our expressions. I am also a big fan of Singeetham Sreenvasa Rao, and would love with work him any day.

Will you ever do experimental and off beat films ?

I have tried them in the past, but have not found success at the box office. If I get to do different roles like Gamyam and Sambho Shiva Shambo which were different, and also had a comedy touch, I would love to do them.

Finally, when are you getting married ?

Laughs ! This has been the most common question that I am being asked where ever I go. My family is currently looking out for a girl and by 2015, I will surely get married.

With that we ended our interview with Allari Naresh, and wished him the best of luck for his future.