Exclusive Interview : Anjali Patil- Roles like these inspire me to give my best
Published on Nov 20, 2014 7:22 am IST 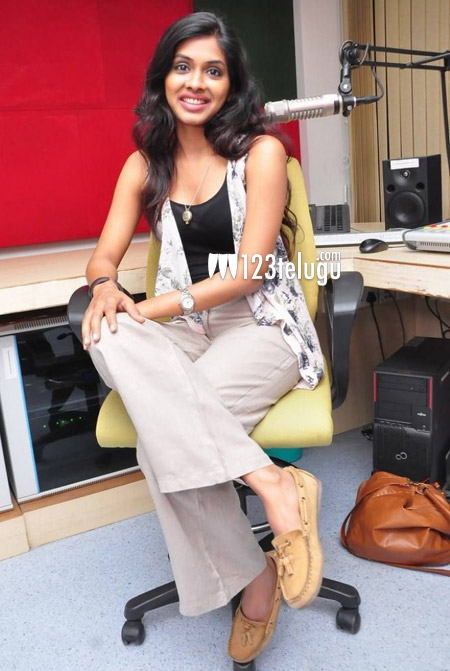 National Award winning film ​Naa Bangaru Talli, has become the talk of the town. This realistic film which is based on a real story is releasing this Friday. We caught up with the film’s lead actress Anjali Patil for an exclusive interview. Let’s see what she has to say.

The makers found me through my face book account, and approached me for the role. After reading the script, I decided to go ahead with the project.

What attracted you towards this role ?

I could relate to the innocence in the character, and the various hardships that it goes through attracted me towards the role.

You received critical acclaim and several awards for your role. How does it feel ?

It feels very good when your work is being appreciated and only inspires you to do better work in the future.

What was the biggest challenge you faced while doing this role ?

My character goes through a lot of abuse in the film, and it was very hard for me to showcase such emotions on screen.

Tell us about the producer Sunita Krishnan ?

She is a visionary who has gone through so many hardships to make this film and faced even more bigger problems releasing it. All the credit should go to her for standing by the film through the thick and thin.

This film is being released with crowd funding. Tell us about that ?

Yes ! it was very difficult for the film to release. My producer went through a lot and took help of celebs like Chiranjeevi and Amala Akkineni to take its reach to a wider audience. After watching this film, many people have come forward and funded its release.

Are you open to doing more films in the south ?

Yes ! I do not mind doing films in any language. My role and the director is more important for me.

Tell us about your future projects ?

I am doing Rakesh Om Prakash Mehra’s next which has Anil Kapoor’s son as the male lead.