Exclusive Interview : Gautham Menon – Nithiin’s performance will be the major highlight of CBK
Published on Sep 14, 2015 11:25 am IST 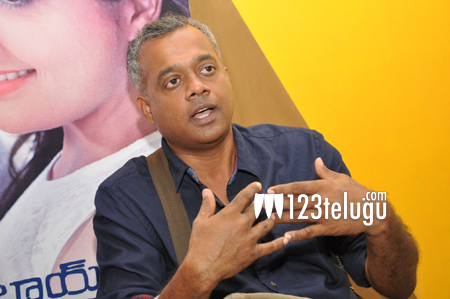 Gautham Menon is awaiting the release of his upcoming production Courier Boy Kalyan. On the eve of the film’s release this Thursday, we caught up with him for an exclusive two part interview. Here is the transcript of part one.

Q) Why was this film delayed for so long ?

There were some financial problems for the Tamil version. Also, it took us a long time to shoot both the Tamil and Telugu versions simultaneously.

Q) Has the delay hampered the expectations of the film ?

No ! The response for the trailers and songs is pretty good. Every scene looks fresh and will surely impress the viewers. I am confident that it will reach the expectations of the audience.

I always encourage young talent in the industry. Prem Sai, the director of the film excited me with his script and after listening to it completely, I decided to produce it both in Tamil and Telugu simultaneously.

Q) Which point in the script attracted you more ?

There are a number of elements in the script which impressed me. The basic story line is very fresh and Prem Sai’s innovative narration will be a huge asset to the film.

Nithiin displayed good energy levels and his performance will be the major highlight in this film. I am confident that his character will connect well with the audience.

Yami Gautham did a wonderful job in the film. She did complete justice to her role. All the scenes featuring Nithiin and Yami Gautham have come out very well.

Q) This is your debut film as a producer in Tollywood. How was the whole experience ?

It is a very nice feeling to be a part of this industry. Initially, I faced some problems in handling various logistics, but now everything is fine.

Q) Are you planning to produce more Telugu films in future ?

Yes ! I do have a lot of support over here and I am confident that Telugu audience will encourage good content. I am looking forward to producing more films in the future.

With this, we wrapped up the first part of our interview with Gautam. Keep watching this space for the second part where we bring you some personal details of the creative director.