Exclusive Interview : Madhura Sreedhar- It is time for a change in Tollywood
Published on Jan 25, 2015 9:12 pm IST 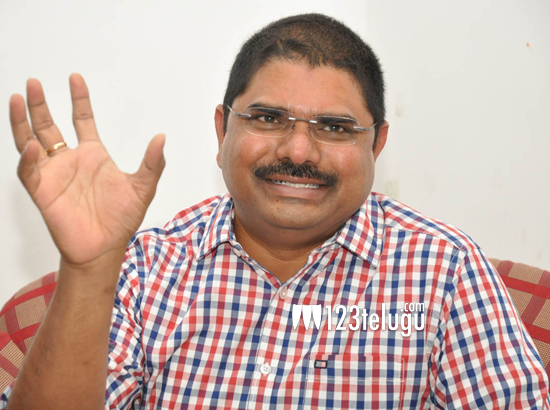 Madhura Sreedhar is making some interesting films from quite some time now. His latest presentation is ‘Ladies and Gentlemen’ which is slated for a release soon. We caught up with him for an exclusive interview, and let’s see what he has to say.

How did this project shape up ?

I always wanted to make concept oriented films in Telugu. When Sanjeev Reddy narrated me this script about cuber crime, I was more than ready to produce it.

Were you involved in the scripting of this film ?

No ! I only had a say about the marketing strategy of the film, and gave my inputs during the shoots.

How has the film shaped up ?

Both the writer and director Manjunath have worked very hard on this film. The film is totally concept oriented and will surely impress the audience.

How far do you think a bold concept like this will be accepted in Tollywood ?

I can say that the audience have not witnessed such a bold film from the past five years. I think it is the right time to make these films and I believe that it will set a trend for the future.

What is the story all about ?

This is a story of three different people and how internet creates a huge change in their lives. We have narrated the film in quite an interesting way and made the story crisp and without any commercial angles.

Why has your direction taken a back seat ?

As I am busy with my production ventures, I took a little break. As soon as I find a interesting story, I will get back to direction soon.

What happened to your prestigious project Dana Karna ?

For now, I have put the project on hold as I have not found a lead actor who is ready to accept the role which is completely concept oriented.

What is the status on Maaya’s Hindi remake ?

Mahesh Bhatt is remaking it in Hindi, and shooting of the film will kick start by February end. All the details about the star cast will be revealed soon.