Exclusive Interview: Venkat- Aa Aiduguru will change everything for me
Published on Jul 2, 2014 6:10 pm IST 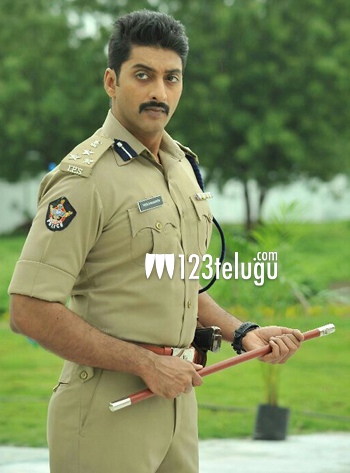 During the late 90’s YVS Chowdary launched the handsome Venkat in Seetaramula Kalyanam Chootamu Rarandi. This young and handsome hero made lot of heads turn with his killer looks. He went on do some memorable films in his career, and even shared screen space with megastar Chiranjeevi. After a brief gap, he is making his comeback with this week’s release Aa Aiduguru. We caught up with Venkat for a detailed and exclusive interview. Let’s see what he has to say.

Q) Why have you been off the radar for such a long time ?

After doing Vishnu’s Saleem, the roles that I was offered were not at all interesting. So I took a break, and got busy with my interior designing business. But luckily, people still have good memory about me and my movies, and that way I feel that I had never been away.

Q) Tell us about your role in Aa Aiduguru ?

I play a sincere IPS officer in this flick. For the very first time, I am doing an out and out tough role. It was quite an challenge for me keeping my lover boy image in mind. I have worked very hard and also took special training for about two months in the police academy.

Q) What is special about this movie ? Why should we watch it ?

As you might have known by the trailers, it is a message oriented youth film. My character is the one, who trains the youngsters to do something good for the society.

Q) You are sporting a new look for this movie. Was it pre-planned ?

Yes ! people have always seen me in a lover boy look till now. I have come out of that mode, and this makeover was totally necessary to give my character the depth. I designed the look myself.

Q) So, how nervous are you with your comeback ?

This film could change everything for me in Tollywood, and I will start a decent second innings. I am very excited, and surely feel that my role will impress everyone and give me the much needed break.

Q) Your have worked with many senior actors like ANR, Chiranjeevi and Balakrishna in the past. How was it working with new comers ?

Things have drastically changed these days. The young actors who are coming up, are well trained and are at good ease in front of the camera.

Q) What kind of changes have you observed in the film industry from the time you started your career?

Things have definitely changed for good. I think there should be more multi-hero projects in Tollywood. That is how new stories will be born, and will give a lot of scope for actors like me.

Q) Are you open to doing character roles now ?

Yes ! I am, but won’t do just any other character role which comes my way. My role should have a lot of depth, and should hold the film together.

As of now, this is the only project I have. I will do films based on the response of this film.

With that we wrapped up our exclusive interview with Venkat and wished him the best pf luck for his future.