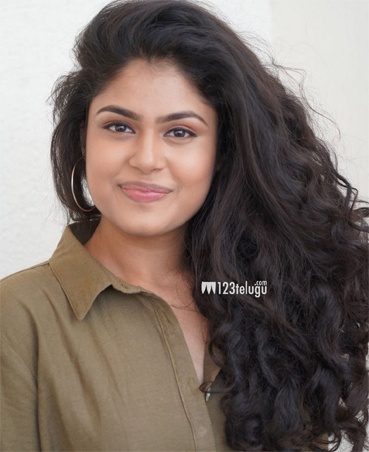 Jathi Ratnalu is a film that has created a lot of hype in the last few days. The film will be out on the 11th of this month. On this occasion, we caught up with the heroine Faria Abdullah for a detailed chat. Here is the transcript.

I am born and brought up in Banjara Hills, Hyderabad. I have done theatre for six longs years and always wanted to be an actor. I even did a web series on Youtube and was waiting for the right opportunity.

I have been alumni of Loyola College in Hyderabad and Nag Ashwin came in as a chief guest for an event. He spotted me there and once this film was readied, he asked me to audition and I got the role finally.

Tell us about your character?

I play a character called Chitti which is quite key in the film. I have a key part in the story and I don’t want to reveal more as it will give away too much and will spoil the fun for the audience.

What is Jathi Ratnalu all about?

Jathi Rathnalu is a mockery of society and a few people. It showcases how some characters can be so dumb in this world. So what happens when such dumb people meet and also get into trouble.

How did your theatre experience help you?

Oh, it helped me a lot. While doing this film, I understood when and where to take a break and shell my dialogues which I had learned in theatre. I feel movies are a lot easier than doing theatre.

Working with the likes of Naveen Polishetty?

Naveen is a very supportive actor and helped me a lot with my dialogues. He is a very fun actor to be around and has loads of talent. Our chemistry in the film is going to be superb. I am having a ball promoting this film.

Which hero do you want to work with next?

I am a huge fan of Fahad Faasil and would love to romance Vijay Devarakonda in Telugu films. I am waiting for this film to release to so that I get some good offers in Tollywood.