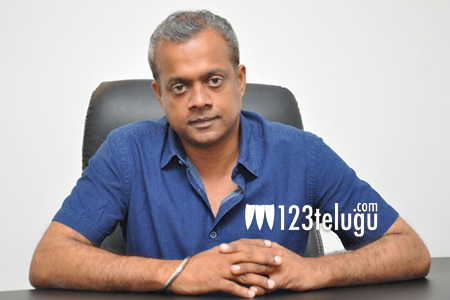 Sahasam Swasaga Sagipo is doing decent business all over. On this occasion, we caught up with director Gautam Menon for a detailed interview. Here is the transcript.

Has the currency ban affected the output of your film ?

Reason for this huge delay ?

There was never a problem with the Telugu release. We had some unwanted issues with the Tamil version and this made the huge delay. As we wanted a simultaneous release, we waited so long.

Did you think of postponing the film because of the currency ban ?

We had that discussion initially but we went ahead and released it as we did not want to postpone the film yet again. My producer gave me huge confidence and said that as the content of the film is quite strong, we need not worry at all.

The climax has drawn a huge flack. What do you have to say ?

I am open to all the opinions. The entire climax episode is derived from a real-life episode which happened in Chennai. Many are liking it and I feel that it was the perfect ending.

Chaitanya is my favorite hero in Tollywood. He is exactly the same when I met him for the first time. Even though the film was delayed for so long, he waited so patiently and never uttered a word. This shows his upbringing and professionalism. Coming to his performance, this film is a turning point in his career and he can now attempt some full-fledged roles as an action hero.

What’s the update on your next film with Dhanush ?

The film is nearing completion and is shaping out quite well.

As of now, I am in talks with Vikram for a film. I hope that film materializes soon.