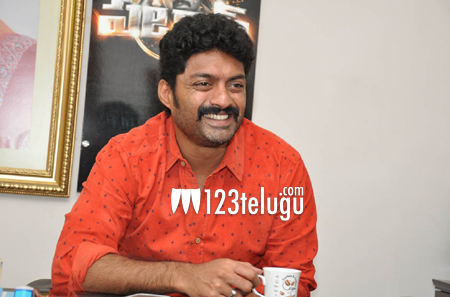 Nandamuri Kalyan Ram, is back in the reckoning with the success of his latest hit Patas. On the eve of the film’s success, we caught up with Kalyan for a brief interview. Let’s see what he has to say.

Q) How are you enjoying the film’s success ?

I am very happy that I have finally scored a hit after 10 long years. I have waited for these moments from a long time and am thoroughly enjoying them.

Q) Whom do you credit the success of your film ?

The entire credit should definitely go to the public for making my film a huge hit. Right from the media to the industry insiders, everyone has whole heartedly promoted our film and I will always be indebted to them.

Q) What made you decide to do an out and out entertainer after Om ?

Frankly speaking, after the debacle of my last film, I felt that I am burdening my viewers with my films. That is when I decided to make a complete family entertainer which will be liked universally.

Q) What kind of reactions are you getting after the success of Patas ?

The response has been amazing and the credit should go to my director Anil. Everyone are loving me in my new avatar and want me to do entertaining films from now on.

Q) Will you produce films with NTR and Balakrishna in the future?

I have plans to make films with both of them, and will announce those projects when everything is finalized.

Q) There are certain rumors that you will be producing Mokshagnya’s debut film. What do you have to say ?

Laughs ! There is lot of time for that and if I get a chance, I would definitely love to produce it on my banner.