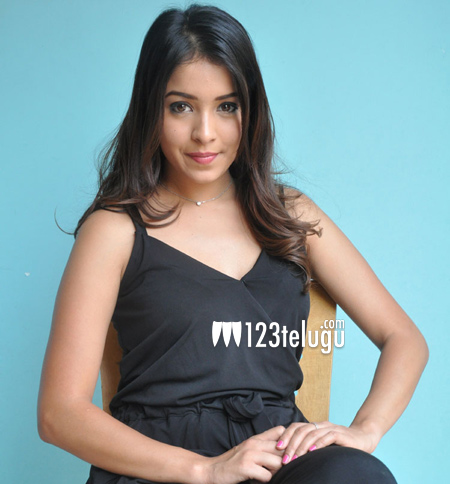 Yet another actress, Latha Hegde is all set to make her movie debut with the film Tuntari. We caught up with her for a brief interview. Let’s see what she has to say.

Though I was born in Bangalore, I was raised completely in New Zealand. I started off as a model and won the Miss New Zealand crown there. Post that event, I got a call from India for this film. Initially I thought it was a prank but later on realized that it was true and reached Hyderabad for an audition which went successfully.

Q) How did you manage to shoot a Telugu film ?

Initially, I found it quite tough. I had no idea about acting and never faced camera before. Language was a huge problem and credit should completely got to my director Kumar Nagendra for teaching me everything about acting, film making and various aspects of cinema.

Q) How was it working with Nara Rohit ?

He is such a wonderful person to work with. As told earlier, I faced a lot of problems during the initial stages of filming and Rohit helped me a lot and gave me huge confidence to perform before thee camera.

Q) How is Tollywood treating you so far ?

So far, my journey has been quite happy. All those who I have worked with have supported me big time. I have just started learning Telugu and am also watching a lot of Telugu films to know more about Tollywood. I have seen Mahesh’s Atadhu and liked it very much.

Q) Did you accept any more films here ?

I have two offers in my hand currently but am yet to sign them. Currently, everything is in discussion stages and hopefully, I will make an announcement soon.