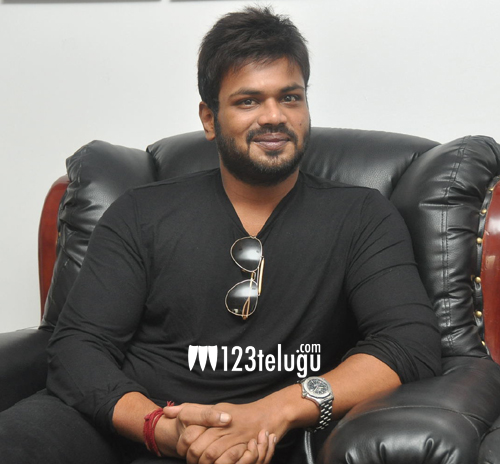 Energetic star Manchu Manoj, is back with his latest film ‘Current Theega’. Directed by G. Nageshwara Reddy, this film is all set to release on October 17. On this occasion, we caught up with Manoj for a detailed interview. Let’s see what he has to say.

Q) Whose idea was it to remake a Tamil film as ‘Current Theega’ ?

A) Initially, we were ready with a different script, but someone suggested us that we should remake ‘Varuthapadatha Valibar Sangam’. We watched the film and went to Vishnu, who bought the rights and produced it in Telugu.

Q) Did you make any changes for the Telugu remake ?

A) We have made a lot of changes and added a villain’s character in Telugu. Action sequences are also heavy when compared to the original and the dialogues here are funnier.

Q) Whose idea was it to rope in Sunny Leone ?

A) Initially, we approached a big heroine but when my friend suggested Sunny Leone’s name, we were very excited and roped her for the role. Our film has got a lot of craze because of her cameo.

Q) Tell us about Jagapathi Babu’s role in the film ?

A) When we finalized this story, we decided that Jagapathi Babu will be apt for this role. He plays the role of heroine’s father in the film. The action, comedy and emotional scenes between us have out extremely well, and will be the major highlight of the film.

Q) You are taking a lot of risks in your stunts. When will you stop doing this ?

A) Even Jackie Chain’s family ask him not to take risks, but he never stops doing them and same is my case too.

Q) You and your family had differences with the Censor board chief, now that she is transferred, How are you feeling ?

A) My bad luck is that ‘Current Theega’ was censored by the same person and got an A. I also faced a lot of problems during the censor of my film ‘Nokia’. With her transfer now, there may be many positive changes in the censor board.

Q) Achu composes music for all your films. Is there any reason behind this ?

A) I met Achu during the making of ‘Krishnarjuna’ and got very close to him. I feel very comfortable working with him and that is the reason I rope him for all my films.

Q) What are the major highlights of ‘Current Theega’?

A) Songs and Tirumala Shetty’s dialogues are the major highlights of this film. Comedy, love and emotional scenes have also come out really well.

Q) What are your future projects and are you interested in direction ?

A) Yes ! I will surely direct a film in the future. Coming to my upcoming projects, I have two films in the pipeline. One is with a new director and in other film I am doing a negative role.

Q) Is there any dream role which you would like to do?

A) There are no dream roles for me, but my dad wants me to do a socio-fantasy film.

With this we wrapped up our interview, wishing him good luck for his future projects.