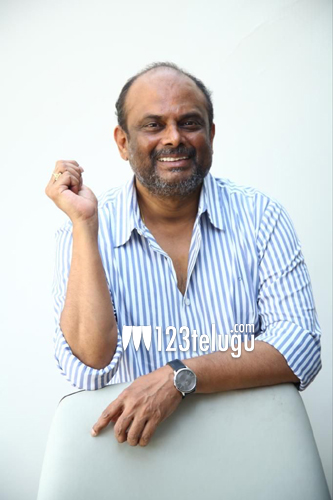 Mahesh Babu’s Sarkaru Vaari Paata is up for a grand release in theaters on May 12, 2022. We met with the movie’s editor Marthand K Venkatesh for a brief interview. Here is the transcript.

Tell us about Sarkaru Vaari Paata?
It contains all the elements. We will like hero and heroine characters. We will connect with the hero character. If there is such a feeling, while editing, we get a feeling that the movie is a super hit. I connected to Sarkaru Vaari Paata very much during the editing. The film is sure to be a blockbuster.

What excited you to be a part of Sarkaru Vaari Paata?
Sarkaru Vaari Paata has more high voltage mass elements. I have edited Geetha Govindam and Pokiri. SVP will be bigger than Pokiri, in terms of content and mass elements. You will have a good feel and everyone will connect to the message. Mahesh Babu looks more charming in this movie. Fans, families and the masses will love the film. The first half is youthful and the second half is full of family emotion and action.

Why the comparison with Pokiri?
Pokiri is a movie I worked as an editor. That’s why I compared it to Pokiri. Let’s just say the blockbuster hits when you see the hooligan rush. After watching the rushes, I said it will be a much bigger Pokiri. In the first half of the movie, the hero and heroine’s track will make you laugh big time. In the second half, there will be hilarity whenever they met. I strongly predict that this will work out big time in the theater. For Mahesh Babu fans, Sarkaru Vaari Paata will be a big festival.

Producers’ contribution to the visual grandeur?
Yes. I worked for the director’s previous films. But for SVP, Mythri Movie Makers, GMB Entertainments, and 14 Reels Plus have come together. Production values are wonderful. They all aim to make the film rich. There is no compromise anywhere in filmmaking. Their dedication to the cinema is commendable. It was a very good experience.

How many movies have you done so far?
I have done 450 films so far. With Mahesh Babu, I worked for Rajakumarudu, Takkari Donga, Pokiri, Seethamma Vaakitlo Sirimalle Chettu and now, Sarkaru Vaari Paata.

Work experience with Parasuram?
Parasuram is an excellent writer and a good dialogue writer as well. Mahesh Babu’s character will be excellent. We did not see such a character in recent times. There is a lot of fun in the hero characterization itself. I believe it will be a very big movie.

Any precautions to stop leaks?
We take only those whom we trust. We do not employ strangers at all. The reason for this is leakage. Initially, there was a reel. Only printed reels should go out of the editing room and lab. But now the output goes out for everything. That’s why we watermark date on everything.

Editor’s in making a film successful?
If a director has a good relationship with the editor, it will be a very good film. The more arguments, the better the result.

Future projects?
Chiranjeevi’s Godfather, Bhola Shankar and Samantha’s Yashoda and many more are in pipeline. I will announce more shortly.