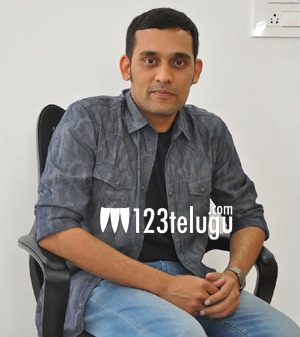 Mickey J Meyer is one musician who always comes up with some very interesting albums. This time around, he has joined hands with Sreenu Vaitla for Mister. On the eve of the film’s release, we caught up with Mickey for a brief chat. Here is the transcript.

I was surprised when a commercial director like Sreenu Vailta chose me for Mister. It was a super opportunity for me to work with a genius like him. With Mister, you will see the old Sreenu Vaitla who made interesting films during the beginning of his career.

How good is the album?

The album is quite sensible with a complete melody touch in it. Even though the plot is commercial, the way the music has been treated is quite soothing. The response so far has been quite decent and I feel that the music will grow more once the film releases.

Did you sing for Mister?

Yes! I sang for one song in this films as the singer we chose did not turn up at the last minute.

Why are you always away from the media?

I don’t like being in the public eye and have very few friends. I don’t party or mingle with the industry folks and do my work silently. Also, as I don’t know much Telugu, I restricted myself to meet people. Slowly, I am changing my style and have started it with these promotions.

Who is your favorite music composer?

It is undoubtedly A R Rahman. His music has a huge influence on me and I also tried hard to make him sing in my music direction for Leader but things did not work out. As of now, making him croon for one of my songs is my ambition.

How tough is it to take suggestions from directors who do not have music sense?

It is very tough sometimes but one needs to patiently listen to them as they are the captain of the ship and exactly know what kind of music they want for their film. Taking their suggestions, we need to create our own touch in the music.

Brahmotsavam’s music was overshadowed by its failure. How did you face it?

I was very disappointed. Especially, the way Mahesh was trolled on the social media, it hurt me very much. By the end of the day, we all make movies for people to enjoy and sadly some don’t work. But the trolling and negativity that is spread when a film flops needs to stop.