Interview : Miryala Ravinder Reddy – Boyapati and I will again work on a project soon
Published on Aug 12, 2017 4:42 pm IST 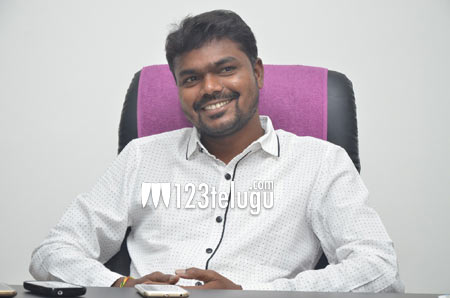 Mass entertainers’ specialist Boyapati Sreenu’s latest offering, Jaya Janaki Nayaka, released on August 11th. The film is running successfully and we had a brief chitchat with the film’s producer Miryala Ravinder Reddy on this occasion. Here is the transcript:

How are you enjoying the film’s success?

From day one, I believed in the script and had trust in our director Boyapati Sreenu. I’m happy that audiences are receiving the film very well.

What kind of feedback are you getting?

I’m continuously getting phone calls from our buyers and friends. From the industry, I got a call from Allu Arvind yesterday evening. He appreciated our team’s effort and wished me good luck for my further projects.

Tell us about your director Boyapati Sreenu?

Cinema is everything for him. He worked very hard on this project to bring the best output. I supported his vision by arranging whatever he wanted.

Tell us about your hero Sai Srinivas?

He is on cloud nine with the response the film has been getting. He also worked hard for this project. I’m personally happy that he has scored a huge success in the initial days of his career.

What kind of response are you getting from overseas?

To be frank, Boyapati’s films generally under perform in the overseas market because mass entertainers have always been his first choice. However, there is a rise in overseas collections as this film is a pure love story.

Tell us about your next projects?

As of now, I’m listening to various scripts. I will let you know once I finalize something. But definitely, me and Boyapati will again work on another project soon.