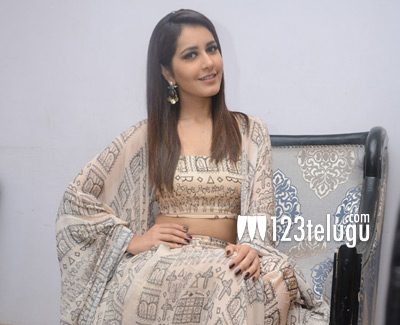 Tholi Prema is ready for a release this week and on this occasion, we caught up with Raashi Khanna for a detailed interview. Here is the transcript.

What is Tholi Prema all about?

Tholi Prema is all about first love. How it is affecting today’s generation and what happens to their love when it is put through various circumstances during this day and age is the whole story of the film.

What attracted you towards the script?

I feel that post-Oohalu Gusasalade, this film is the best love story I heard. The love story, my role and the way it was narrated attracted me right away. Also, I had a small love story when I was 17. It was my first love and because of this, I related to the story in a big way.

Difference between Pawan’s Tholi Prema and yours?

I recently watched the film and loved it completely. There is absolutely no link between both the films as both the stories and setups are quite different.

I play the role of Varsha. My character is showcased in three different stages and has been narrated in a subtle and very interesting manner. The film has been made on a very romantic note and will be hugely liked by everyone.

Varun has worked very hard on this film. To look his part of a college student, he worked out a lot and lost weight too. His character will be quite interesting in the film and he has done an amazing job.

About your director Venky?

Venky has worked a lot on this project for the past two years. The way he has narrated it would win many hearts. Working with him was a huge pleasure and I wish the very best to Venky and his team for the future.