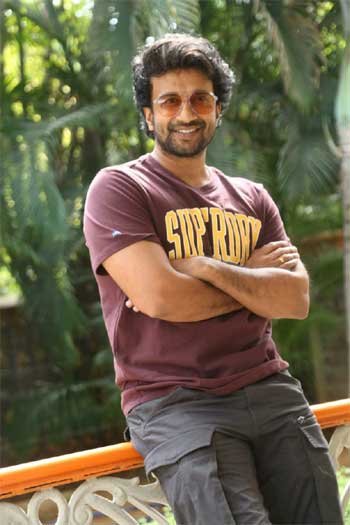 Tollywood young actor Satya Dev’s next release is Gurtunda Seetakalam tomorrow, with Tamannaah Bhatia as the female lead. Megha Akash, Priyadarshi, and Kavya Shetty are playing key roles. Kaala Bhairava is composing the music. The film is directed by Nagashekar R and is produced together by Bhavana Ravi, Nagasekhar, and Rama Rao Chinthapalli. We interacted with Satya Dev for a brief interview ahead of the film’s release. Here is the transcript.

How did you feel working with Tamannaah?

I have never done any role like this, which had three shades. I never imagined working with Tamannaah, and I felt anxious when I got to know she was part of the project. Then I learned that she had accepted this film after watching Umamaheshwara Ugraroopasya, which made me happy. She did the Nidhi role very well in the movie.

It is very rare to get a character that has the shades of school, college, and mid-age. So to make the audience believe I did a lot of homework for this role. The audience will definitely like Gurtunda Seetakalam.

Did you feel sad about the recent film’s results?

We, as artists, would do every film thinking it would be a hit film. But, unfortunately, a few movies might fail even if the story is good, and a few might turn out to be superhits despite not having hopes about them. Nevertheless, the amount of hard work we put in will be the same for every film.

Can you tell us your opinion on the decline in footfalls?

These days it is being said that audiences aren’t coming to theatres. However, if the content is good, they will definitely come. The recent examples are Love Today and Kantara, which became big hits despite not having big stars. Hence if the content is promising, word of mouth will surely help the film succeed.

After this, my subsequent films are Krishnamma and Full Bottle. A film that is being made in Tamil and Kannada languages is 40% complete. Apart from these, a few other films are also in the lineup.