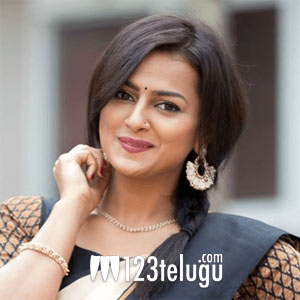 Nani’s Jersey is ready for a release and on this occasion, we caught up with the film’s heroine Shraddha Srinath for a brief interview. Here is the transcript.

How did you bag the film?

I was brought up in Hyderabad for a period of five years and always wanted to do Telugu films. After seeing a few of my films, I got a call from Nani’s team and I met Gautam for a narration. Once I heard the story there was no looking back as I feel that I wouldn’t have got a better debut than this.

I play a girl called Sara who is showcased in different stages of her life. In the younger version, I am carefree and madly in love with Nani. But once we get married and things change, the working woman in me is showcased beautifully. How we fight and get along finally by supporting each other is the story of my character.

I had a few hiccups while shooting for the film as my Telugu was a bit low. Even when I used to take several takes, Nani never got angry and supported me through the film. He is a gem of an actor and has given an award-winning performance in the film.

He is so clear in his vision. He exactly knows about each shot and scene and narrates to us in a superb manner. Not only him, but the team was also so good that I never had two doubts that this film will be a big hit.

I have Jodi and another Telugu film which will yet to go on floors. Apart from this, I have a few Tamil and Kannada films. But I am eager to know the reaction of the audience as we have made a very honest film.