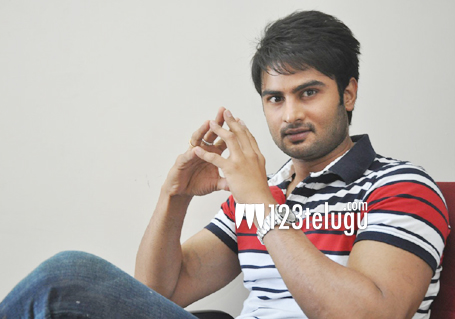 Young hero Sudheer Babu, is back with yet another crime comedy Mosagallaki Mosagadu. This film is slated for a release this Friday and on this occasion, we caught up with Sudheer for a brief interview. Let’s see what he has to say.

After hearing the reports that a sequel to Swamy Ra Ra is being planned, I was very eager to be a part of it. Luckily, the makers approached me for the lead role. As I liked the script very much, I said ok to the film. There is no connection between both the films and our project is much more commercial than Swamy Ra Ra.

I play a small time thief who gets stuck into a huge problem. When compared to my other films, my look and body language will be quite stylish in the film. I have taken a lot of care regarding my looks, and I hope the audience will like me in the film.

Q) What kind of response are you expecting for this film ?

I want to come out of my safe zone, and let people know that I am capable of doing different characters as well.

Q) Any particular reason in naming the film Mosagallaki Mosagadu ?

As the title of the film suited our script perfectly, we decided to go ahead with the name. I hope that the film will live up to its expectations and entertain the audience big time.

Q) Tell us about your director and heroine ?

Our director Nellore Bose is a very talented person. He has extracted superb performances from the entire star cast and helped me a lot with my characterization. Nandini plays the female lead and has a very interesting character which goes with the story of the film.

Q) What are the highlights of this film ?

The way our film has been narrated will be the major highlight. The story line is quite engaging and will entertain the audience big time.

Mosagallaki Mosagadu is up for release this 22nd May. Krishnamma Kailipindi Iddarini will follow suit, and my next venture with the working title Choopulu Kalisisina Subhavela is going on at a brisk space.