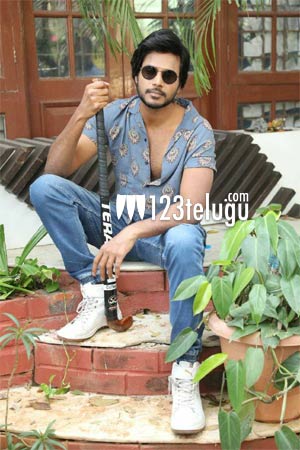 A1 Express is a film that will be out this Friday. On this occasion, we caught with hero and producer Sundeep Kishan for a detailed interview. Here is the transcript.

What made you choose a remake for A1 Express?

A1 Express is not a frame-to-frame remake of the Tamil film. We took the basic idea and made it even better. The original had sports, mass elements, romance, and drama. So, we thought this is the best film to do in Telugu.

How has A1 Express come out?

Yesterday, I happened to watch the second half with my team and was extremely happy. My core team became quite emotional with the output and if half of the response that we felt gets repeated with the audience, the film will be a big hit.

How important is this film for your career?

It is my 25th film and I have given everything for it. Every actor waits for a role to showcase what he is capable of and A1 Express is that film for me. I have produced and worked so hard on this film which will surely impress everyone.

Tell us about other characters in A1 Express?

Rao Ramesh and Murali Sharma play key roles in this film. The main aspect is about a playground which creates a fuss in the film. Rao Ramesh is going to be one of the biggest highlights in the film. His dialogues are quite hilarious and satirical in the film.

How difficult was it shooting for a hockey film?

The manner in which we managed to wrap up this film is nothing sort of a miracle. With a 450 crew and 22 artists, we went to shoot in a real-life stadium in Mohali. We wrapped up the film in record 40 days and that too in crunch Covid time.

How did you prep for this role?

I play a hockey player in A1 Express and learned hockey for close to four hours on a daily basis. More than training, I watched the sport a lot and got the moves of the real players. I had to work on the body as well to give my audience something new in these changing times of movie-making.

Taking a debut director for this film?

If you notice, most of my films are directed by newcomers and or the guys who made it as their second film. Things have worked for me after working with new directors and I loved working with Dennis. He is a talent to watch out for.

Post A1 Express, I have Rowdy Baby which is almost done with its shoot. Then, I did a cameo in Vivaha Bhojanambu featuring Satya as the hero. I have signed two more films which will go on floors soon.